Rappers in the crypto game 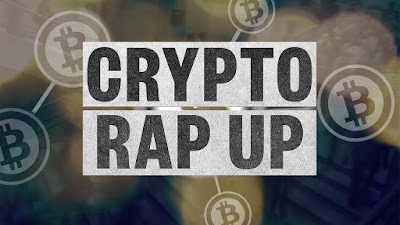 Cryptocurrency has been the life of the party for investors and Traders for the past 8 years. So it was only right that the rap industry finally get their hands on the most private currency on the market today. With artists like Pusha T, Akon, Yung Dirty, son of Old Dirty Bastard, and Ghostface Killah dabbling in this section of Technology only shows its invaluable necessity to the Smart Living that we are soon to be enjoying.

Recently, hip hop artist Pusha T teamed up with tech businessman Summer Watson to create a hip hop app named Heir, which allows fans to vote music up or down. The users with the most influence will receive cryptocurrency known as Crown. Users can also lose Crown by going against the grain-or voting for an unpopular song/voting against a popular song. A great platform to finally link the hip-hop industry to the fans so that more valuable high quality music can be produced.

After Akon brought solar power to Africa, the Senegal born Entertainer was rewarded 2,000 acres of land by the Senegal president. It was then that the artist of hits such as Locked Up and Smack That, created the idea of building a Smart City. In this Smart City, the currency to be used will be his cryptocurrency AKOIN.

Old Dirty Bastard son, Barson James, set out to launch dirty coin ODB. By partnering Old Dirty Bastards is state and Link Media Partners they plan to use this cryptocurrency to help fans be more active in their favorite artist careers. By allowing fans to purchase tickets, CDs, merchandising and other memorabilia with this cryptocurrency, gives them first dibs at show tickets and can even qualify them to receive free tickets to shows.

So as you see, not only is the cryptocurrency industry booming, but it is also finding his way into practical Industries such as the hip-hop industry. Even rappers have embraced the emergence of a private currency and we as fans should embrace it as well.

Posted by Southside Bosses at 10:20 AM