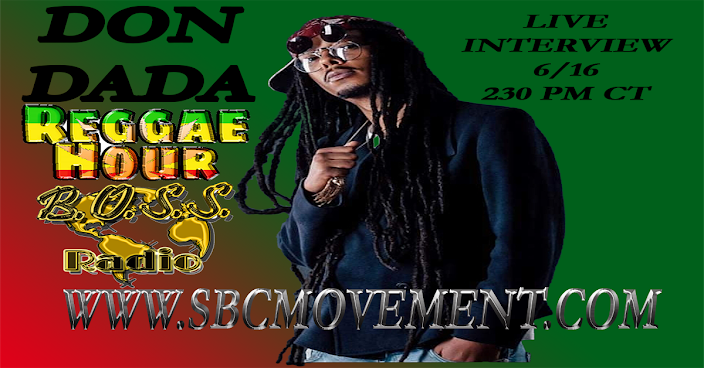 Nesta Gibbons aka DON DADA was born for music. Named after the legendary Robert "Bob" Nesta Marley after his mother promised the legendary singer that she will name a child after him. It is eerie to think that he has followed a path seemed laid out for Don Dada by the infamous Bob Marley. Tune in below to here about his journey to becoming one of the top Reggae Artists to hit the scene in decades.

This track is a musical medicine offering to the people of Azania. An offering for the ones who were forced to exile at a young age due the brutal inhumane system of apartheid. For the exiled who couldn’t return home for decades. For the exiled who never got a chance to return home. For the mother’s and families who waited year after year for their loved ones.
This track is for the children who chose freedom over fear and liberation over oppression. This musical medicine is for the young people of today to know their history, honor their Ancestors and to never doubt their power!
AVAILABLE NOW at olu8.bandcamp.com!
UPRISING: Olu8 ft @therealmxo @simefree @dondadamusic @lady_presh_rsa @nyiwa_k  & Fiyah Choir
Posted by Southside Bosses at 2:05 PM