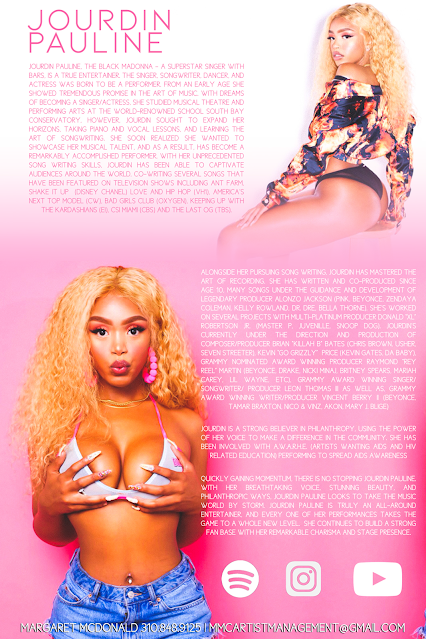 Angel The Author Debuts Sexy New Music To Top Off Her Creative Career.

This Atlanta Author with over 1 million reads on her book "Electric Impulse," has shown the world once again her creative spirit knows no boundaries. July 5th, her music debut took off when she dropped "He's Got Me Sayin," gaining almost 10000 plays on Soundcloud alone. You can check out her song here below on your favorite streaming service. Bu first lets get to know this Angel from above.


Online she's known as Angel the Author, a creative personality with a talent for storytelling. Both an accomplished author and singer / songwriter, Angel is turning her attention to her first love, Music. She's set to release her new single, "He's Got Me Saying," Summer 2019.
Prior to her debut release, her novel, Electric Impulse, was acquired by Wattpad, a social reading site with over 70 million monthly users. Angel's growing, fiercely loyal fan base now includes thousands of followers, 1 million+ Reads on her book and tens of thousands of Likes. Angel has worked with multiplatinum Producer, DeeJay Dana. And is currently working with Grammy-nominated, multiplatinum producer Jbeatzz as well as Grammy-winning Master Engineer, Kenny Mixx among other talented musicians and industry leaders. Angel's new music showcases her penchant for writing catchy, infectious hooks, while reflecting on the angst, highs and lows of Love. Her urban contemporary and occasionally pop sound is reminiscent of artists such as Ella Mai and SZA.
Find her:
www.AngeltheAuthor.com
Contact her:
Rogue Music & Entertainment
Atlanta, GA
info@RogueMusicEnt.com
Wattpad: @AngeltheAuthor320