Showing posts with the label Music Video
Show all

Trae The Truth Drops video in remembrance of Nipsey Hussle Trae tha Truth has always been one of the realest rappers and Men out there in this music game. This heartfelt memorial he composed is enough to make the hardest gangstas out there shed a tear for the Late Nipsey Hussle RIH, The Marathon Continues. Check out Trae's video below and tell us waht you think. DID HE DO NIPSEY HUSSLE JUSTICE.
Post a Comment
Read more

Yes, Jimmy Walker Jones, we F***s with this. And once again, the master of stylish rap brings an embodiment of personality not only back to the mic,m but to the screen as well as Phat Feezy worked his magic on this latest video. Filled with storyline substance and setting a basis to show Jimmy's actin skills, its a strong possibility scouts will be eyeballing him. So, check out the full video below and subscribe because this is not the last of Jimmy Walker Jones...
Post a Comment
Read more 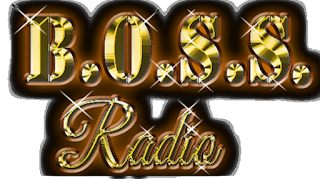 J. Lee " Dream " Keun Woo J. Lee  Will be joining B.O.S.S. Radio for a live interview to discuss the release of his video releasing May 31st, DREAM. This Korean talent has a whole career ahead of him and his motivational pop song (이근우) was born in Seoul, South Korea and raised in California. J. Lee started his musical journey with the piano at three years old. By the time he was five, he was actively learning to sing and taking piano lessons. J picked up other instruments — like the guitar and drums — as he grew older. J found much of his passion for music early on from both the Korean and American cultures. His influences come from Korean ballad and R&B artists like Kim Bum-soo (김범수), Yoon Min-soo (윤민수), Jay Park (박재범), and Shin Yong-jae (신용재). Artists like Brian McKnight, Boyz II Men, Justin Bieber, and Bruno Mars also inspire J. Lee’s music. The young singer is an audio engineer and producer. He built a replica of Neumann’s U87 microphone when he
Post a Comment
Read more