Brought to you by SBC Movement and Producing Legends
Coming with the strategic lyrics from @Majusde and that CAJUN ALIEN FLOW from the Champion Boss @TKO RAW, this is the anthem for Southside Bosses everywhere that got they 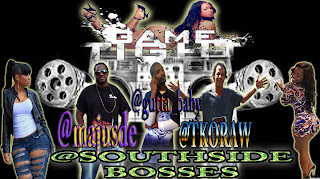 DON'T FORGET TO CHECK OUT "GAMETIGHT'S" VIDEO ON OUR VIDEO PAGE


JOIN THE MAILING LIST AND KEEP UP WITH THE HOTTEST UNDERGROUND ARTISTS IN THE SOUTH. LINK UP AND COLLAB AND MAKE YOUR CD OR MIXTAPE THAT MUCH VERSATILE. AND PRODUCERS LOOKING FOR THAT NEXT NWA OR TRIBE CALLED QUEST, HERES YOUR RESOURCE.

YOU AIN'T HEARD NOTHING YET


STAY ON TOP OF THE NEW MUSIC BEFORE THE RADIO DOES BY JOINING THE MAILING LIST
By Southside Bosses - June 07, 2013 No comments: