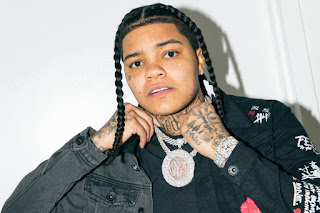 "Y'all know I be chilling..." out of Young MA's own mouth as she went on Instagram Live to address the rumors that she was shot. Sounding astonished at the statement that she had been involved in a shooting in ATL, the New York Rapper was not adamant about capitalizing off of this open Publicity opportunity. In the Live she mentions a song that she was about to drop but now thinks it would be in bad taste. So this rumor may have cheated us out of some long awaited new music.

And in speaking of new music...